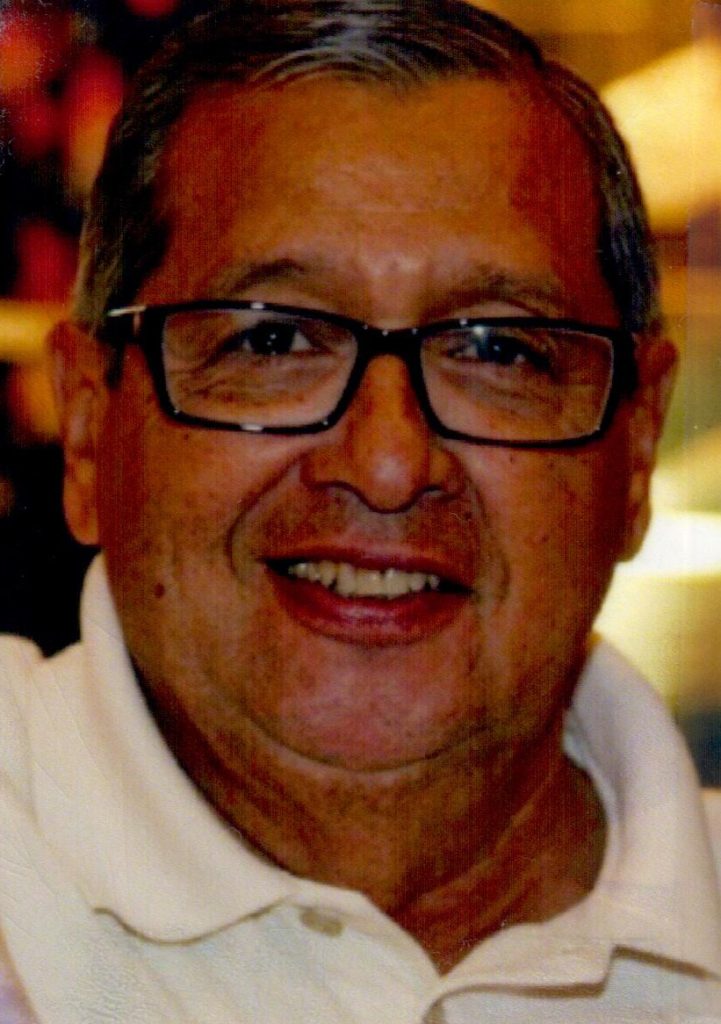 On November 27, 2021 Alfred “Nanie” Cueller passed away at the age of 77 following a very brief illness and hospitalization.  His sudden and unexpected departure from this world occurred despite a healthy and active family life which he loved so very much.

Nanie was the loving husband of Mary Martha Cueller (nee Graan) for 46 years and with whom he enjoyed a wonderful life culminating in their retirement and relocation from Chicago to Las Vegas in 2008.

Born on July 27, 1944 in Chicago’s Southside neighborhood of South Deering, Nanie was the youngest of six children.  He proudly served his country with distinction in the United States Army, including deployment to Southeast Asia during the Vietnam War.  Following his service to his country, Nanie completed his college education and went on to enjoy a successful career as an accountant.

His organizational skills, attention to detail, and trustworthiness lent themselves to many of his pastimes, including his administration of just about every group treasury role that was required.  One such voluntary assignment known by many as “The Puzzler,” lasted 47 years during each NFL football season and will likely now require at least three people to handle!

His greatest devotion was to his entire family and his desire for their happiness.  Despite a busy retirement that involved a very active following of his hometown Chicago Bears and White Sox, and reading the newspaper (cover to cover), Nanie always made time for his children and grandchildren, who affectionately called him “Poppy.”  Other pastimes included fishing with his brothers, friends, nephews and stepson, and a lesser known hobby of writing poetry.  If you were lucky enough to receive one of his poems, you know that he had a special gift.  He recently traveled back to his hometown of Chicago to attend a reunion and ballgames with family.

Nanie had an infectious laugh and a smile that could light up the room.  His steady and loving manner will be missed by all his loved ones.

Nanie leaves behind his adoring daughters Rachel (Cale) and Sarah, his loving stepchildren, Joseph, Michele, and Heather, and his beloved 13 grandchildren and 4 great grandchildren.  He was preceded in death by his parents Albert and Elena Cueller, sister Loretta Barba, and brother Frank (Alyce).  He is survived by three brothers, Albert Jr. “Nito,” Arthur (Millie), and Henry “Lance” Cueller.  He is also survived by many nieces and nephews.