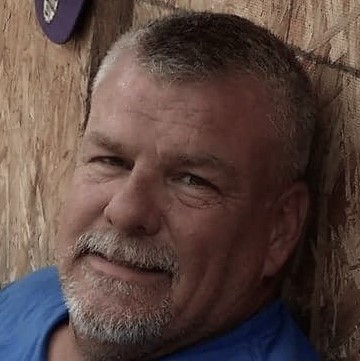 Robert J. Lewis, aka ‘RADROB’ age 55, passed away November 20, 2021 in Las Vegas Nevada.  He was born on November 7, 1966 in Phoenix, AZ.  Robert was raised in North Tempe and was the son of the late Bob Lewis and Theresa (Lewis) Monroe.  Robert was a 1984 graduate of Tempe High School.  Robert owned and operated “Screen Pros” and was a professional custom painter.  He recently owned and operated TOP $ 4 JUNK AUTOS.  Robert was an avid fisherman.  Next to his daughter, Kiara, whom he loved with all his heart and soul, Robert loved casino gambling and he loved the dunes and camping.

Robert was known as the “Wheelie King” of North Tempe.  He also built a Custom VW Bug with a license plate that read  (I 8  A  V8).  His only unfulfilled wish was to build a sand rail.  In lieu of flowers, the family suggests a contribution to Kiara Lewis, Robert Lewis (father), Foundation for the Blind,  1234 E Northern Ave, Phoenix, AZ 85020.

Arrangements entrusted to McDermott Funeral and Cremation Service, Chris Grant, Owner/Operator/Managing Funeral Director, Las Vegas NV, with his cremains returned to Robert’s mom in Arizona.  A potluck celebration of life is planned for Tuesday the 4th of January 2022 in North Tempe at Papago Park Ramada North (closest to Curry Road), beginning at noon, where Robert, his parents and his siblings lived for 17 years.