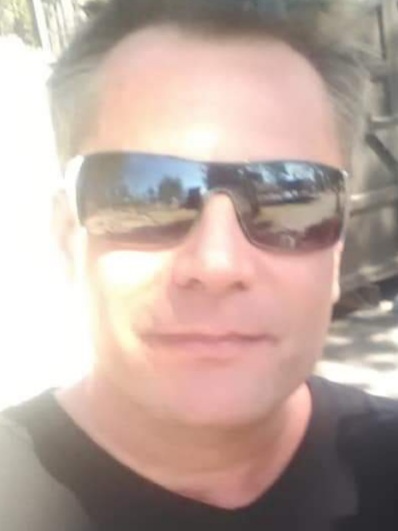 August 31, 1968
—
June 8, 2021
Theodore A. (Ted) Ham II, sadly and suddenly passed away at home at the age of 52 on June 8th, 2021 in Las Vegas, NV.
Ted was born at Point Pleasant Hospital and grew up in Lavallette, New Jersey .
After High School, Ted moved to Florida where he got married, had one son and stayed for 25 years before moving to Las Vegas, Nevada.
Ted was truly a genius and  naturally gifted. He could fix anything,  build anything or modify and make anything better–from cars to electronics to construction. He taught himself to play every instrument although drums and guitar, playing  80’s hair band music was his passion. From a very young age he wanted to be a Telephone Man. His first professional  job was working for New Jersey Bell. He went on to pursue education of all aspects of telephone systems including fiber optics. He loved everything about his career working in the telecommunication field. Ted was a prankster and his sense of humor and outgoing personality will be missed by everyone.  He left behind many who loved him including  his only son Nicolas Ham, his parents Theodore and Carolyn Ham, his sister Bonnie Aguiar, his sister Sarah Ham and several loving aunts, uncles, cousins and friends.  Ted loved older cats and went to the shelter and adopted the oldest, loneliest cat there, Susan.
So In Lieu of flowers please make a donation to the SPCA of Las Vegas, nevadaspca.org OR Community Cat Coalition of Clark County, c5-tnr.org.
To leave a memory of Ted or condolences for the family please visit https://www.mcdermottfuneralservice.com/obituaries/. McDermott Funeral Home, Las Vegas is in charge of arrangements and Ted will be flown to Florida for his son.
Leave a Note