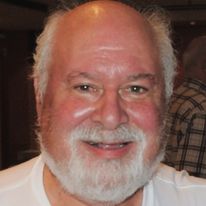 On October 5th, 2022, the world lost a talented Renaissance man with a marvelous sense of humor when Howard Gary Stateman passed away peacefully in his sleep at his home in Las Vegas, Nevada. Howard was preceded in death by his beloved mother, Gloria, and his esteemed father, Murray. He is survived by his sisters, Briana Simon, Romani Thaler and Shaari Unger; by his brothers-in-law Robert Thaler and Len Unger; by his niece and nephew Liz and Evan Thaler; by a grand-niece and grand-nephew in the States; and by 5 nieces and nephews, numerous grand-nieces and grand-nephews, 2 great-grand nephews and 1 great- grand niece in Israel.

Howard was born in New York and spent three years in Levittown before moving with his family to Wantagh, both in Nassau County. He attended East Broadway Elementary School, Jonas Salk Jr. High School, and Douglas MacArthur High School. It was in New York that he first began his involvement with musical instruments – first the trumpet, and later the French Horn. Howard’s love for and proficiency in playing the piano, which he taught himself, followed later.

As a child, Howard attended Hebrew School at the Conservative Wantagh Jewish Center, and participated in the Childrens’ Chorus. He was also a member of the Boy Scouts. In high school, he was an enthusiastic member of the Drama Club.

In 1965, at the age of 14, he relocated with his family to Seattle when his father got a job with Boeing. There he attended Rainier Beach Jr.-Sr. High School and the University of Washington, where he majored in journalism and photography. At University he was also an enthusiastic folk dancer.

His talent at writing parodies started in childhood and carried on throughout his life. One of his last parodies was a take-off on Adele’s “Make You Feel My Love”, written by Bob Dylan, which became “If You Don’t Wear Your Mask” – inspired, of course, by the COVID pandemic. Puns were a particular love of his, and Facebook enabled him a wide-ranging field to display his talent for inserting a funny play on words in the right place.

A deeply significant period of his life was Howard’s service in the Peace Corps from 1975 – 1977. He volunteered as an agricultural photographer in Thailand. He continued to keep in touch with friends from the Peace Corps until the end of his life. Howard was a professional photographer, journalist and newspaper editor. After he retrained in the field of electronics so he could get work in California where he wanted to live (and where he indeed lived for many years), photography continued to be a lifelong hobby. Each year he published a calendar with photographs he had taken in the course of the previous year – one for every month. From flowers to staged shoots with models, from bees to impressive buildings, Howard’s camera captured myriads of images which his friends and relatives were privileged to enjoy throughout the year.

Alongside his work at Google, Netflix and Microsoft (to mention a few!), Howard pursued a prolific career in community theater. Blessed with a full, fine singing and speaking voice, he was a commanding presence onstage. Among the roles he played were the Lion in the Wizard of Oz, Bill Sykes in Oliver, and the innkeeper in Man of La Mancha. He also directed plays on occasion, as well as handling lighting and sound.

Throughout his adult life, Howard had cats as his constant companions at home, often taking in felines who had been abused and rehabilitating them. Howard will be sorely missed by his family and friends.

May he rest in peace.