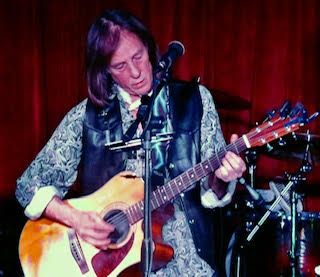 Brent William Semon, (68) of Las Vegas, Nevada, passed away peacefully at his home on June 10th, 2022, due to complications of COPD and lung cancer.  He was born on July 8th, 1953, in Albion, Michigan to Phyllis (Grimes) and Bill Semon who predecease him.  Brent grew up in Homer, Michigan and attended the local schools, graduating in 1971. His older brother, Bruce M. Semon, predeceased him in 2019.  Brent is survived by his younger sister, Gayle Flegel of Bucksport, Maine; niece Chelsea Semon of Traverse City, Michigan and two nephews; Gabriel and Brandon Flegel, both of Bangor, Maine.  Brent is also survived by his loving partner, Kordelia Fletcher of Las Vegas and one aunt, Doris Semon of Palm Beach Gardens, Florida. Brent’s family has been blessed with many beloved cousins who adored and supported him throughout his life.

Brent had a great variety of jobs over the years and lived all around the country.  His first two jobs were having a newspaper route and being a bagger at the local grocery store. He began a life of wanderlust exemplifying the philosophy of working to live rather than living to work. Brent lived in Alabama, Florida, San Diego, Colorado, and Omaha before returning to Michigan and settling in Bay City. During this time of traveling the U.S., Brent was a part of a geophysical crew, book salesman, miner, fast food restaurant manager and also worked in a cement factory. He later returned to Traverse City and was a waiter and bar manager. During one of the summers, Brent and Gayle worked the late shift together at J&S Hamburg in TC as a short order cook/and server respectively.
>> Brent began attending Northwestern Michigan College in Traverse City, receiving an associate degree in Business in 1980.  He was a DJ at the college radio station.  He continued his education at Western Michigan University in Kalamazoo, graduating in 1982 with a BS degree in Communications with an emphasis in television and film. Brent met Jennifer Daly in college and they married in 1984, divorcing several years later.

After graduating from WMU, Brent worked at a local Kalamazoo TV station, WKZO and was an announcer, weatherman and later the news director. After he left the station, Brent had a variety of sales jobs including aerial photos, vending machines and hawking children’s novelties at parades and fairs.  He had many creative ideas and could sell a tree to a forest.

When it was time to make a change, Brent moved to Maui, living there for 7 years.  He managed a liquor and carpet store, also dabbled in stand-up comedy.  Brent spent as much time at the beach and windsurfing as he could.  There he met his girlfriend, Gene Suda. Brent’s musical journey prompted him to relocate to Vegas for the vibrant musical scene in the early 2000’s where Gene eventually joined him.  He was her caregiver until her passing in 2004 due to cancer.

Brent continued to work for a carpet/flooring store in Vegas and immersed himself in performing musically. Playing the guitar, harmonica and singing were Brent’s greatest passions. He became an accomplished and admired musician , jamming with local Vegas bands whenever he had the opportunity.  He also experimented with busking on the strip and found it a unique and fun experience. Brent was renowned for his uncanny performance of Bob Dylan tunes primarily but also enjoyed covering many other artists. He touched so many lives of his fellow musicians, fans and everyone he met. He was a character but an original and unforgettable one.

His parents purchased a log cabin on Rennie Lake in Traverse City, Michigan in the 1950’s with the intention of going “up north” in the summer. It was a foreign concept back then. Brent’s mother and his siblings stayed there the entire summer when possible, with their dad arriving on the weekends. The “cottage” was Brent’s happy place all his years. Brent enjoyed spending as much time there as he could and was able to be at the lake for most of last summer. We had so hoped that he would be well enough to make it back there soon but he ran out of summers. He enjoyed it even more after moving to Vegas to beat the summer heat. Brent’s favorite possession was an old pontoon boat of his father’s that he loved to putter around on.  You could always count on a bonfire at midnight with his stereo piped outside to enjoy.  He had an odd affinity for flashlights and headlamps which he bestowed frequently upon his friends and family. Brent and family made life-long friends at Rennie Lake. The Wilson family from California, purchased a cottage next door at about the same time as the Semons and there are currently three to four generations that summer there. This friendship has continued for over 60 years and Brent was an integral and much loved part of the Rennie Lake family.

Brent had too many wonderful friends and relatives to acknowledge them all but know that all of you were an important part of his tapestry along the way. A special thanks to his lifelong buddy, Dennis Avery; his 2nd cousin, Tony Willis and his long time TC neighbor, Lisa Wilson for all of their hard work, love and support.  Additionally, Brent, Gayle and Kordelia are so grateful for the countless hours that Brent’s LV friend, Larry Rossi, spent helping them all navigate and understand his lengthy healthcare journey.

Making music was such an important part of Brent’s life beginning with playing the saxophone and percussion in elementary school. To give the gift of music to youngsters across the country that might otherwise not have the opportunity, please consider a donation to https://www.savethemusic.org in memory of Brent.

A second option in lieu of flowers is a nonprofit for adult musicians that may be in financial need for various reasons. musiccares@musiccares.org and selecting the option in Memory of Brent.  We think he’d be pleased with these choices.