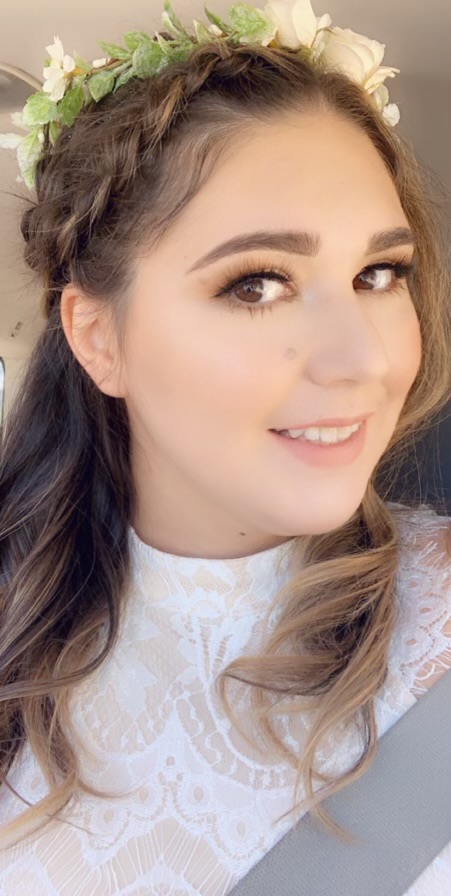 Alisa Cosette Soucy (nee Escobar), 28, the loving wife of Keith Soucy and mother of Jaxon Sarrazin (7 years 9 months) and Jameson Soucy (19 months), passed away suddenly on August 20, 2022, in Las Vegas, Nevada where she was born and adopted by her parents, Corinne and Christy Brad Escobar. Her parents gave her Alisa as a first name as it means “Joy” in Hebrew and JOY is what she vividly displayed every day of her life. Alisa grew up with her younger brother Adam attending family reunions, enjoying outings and, most of all, enjoying cousins. Her cousin Heather Kalafarski, 9 months her senior, became the sister that she always wanted. The Heather and Alisa adventures and activities are best left untold here. Alisa attended and graduated from public schools in Las Vegas. She furthered her education by studying for and obtaining her Emergency Medical Technician (EMT) and Advanced EMT designations (also known as often the First of the First Responders). On one of her first days of field training she was with two partners, one pregnant and the other recovering from a foot injury, so Alisa is the one who trudged up the mountain at the horseback riding stables in Redrock Canyon National Conservation Area to treat a woman for heat stroke and then ride the horse back with the patient on the horse with her as not even the Clark County firemen who trudged up the mountain with her knew how to ride a horse. Her service to her fellow man and woman with the many talents she had simply continued thereafter.

Alisa always had an opinion, a quick wit, and the ability to love. She loved raising chickens, insisted on a pot belly pig, had numerous dogs and truly thought that although you can’t buy happiness you can buy a goat and that is essentially the same thing. She cherished most of all her children, Jaxon Sarrazin, who she had while married to Robert (Rob) Sarrazin, and Jameson Soucy who she had with her husband, Keith Soucy. Such was her personality and understanding of what was important in her children’s lives that she always made room for Rob to participate in family activities with Jaxon and later, those that also included Jameson and his father, Keith. The love of her life was Keith, her surviving spouse, who soon realized while dating Alisa that life with her would be filled with adventures and wouldn’t be dull. She was game for any adventure Keith would take her on. She was and is so proud of Keith as he completed his Academy with the Las Vegas Metropolitan Police; clearly an academy that takes a family to complete. She loved the Soucy cabin in Duck Creek that her in-laws, Pam and Glenn, invited her to; She loved snowmobiling in Utah; She loved sushi and eating out; she loved friends and entertainment; She loved the Golden Knights; She loved her work; She loved the almost daily texts and conversations with her mom, Corinne; She loved to travel which she did as often as possible sometimes even with her father. They had plans to travel to all four grand slam tennis tournaments but only made it to the US Open in New York City. They followed that up with a trip to Philadelphia and Washington DC.

As Keith can attest to, Alisa was an adventurous cook who learned the art of cooking from her mother, Corinne, and took it to greater heights with her experiments in the kitchen. Her friends can attest to the sparkle in her eye, the way she lit up any and every room or gathering that she entered and the sassy personality that she so often displayed. Her co-workers can attest to her love of First Responder work, her devotion to the same, the lives she has helped save and the babies she has delivered before mothers could make it to the hospital.

Alisa always assumed she was not long for life on this earth, so time was precious. She was no nonsense and lived every day to the fullest always seeking for new adventures. One of the last events she attended was the 18-foot waterside and 55-foot slip n dip that graced her parents’ yard the last three summers as an end of summer send off for her children before school started. Pregnant with Jameson the first year, medical issues the second year, it was only on August 6 of this year that she got her first ride down the slide and slip n dip. The joy was palpable for all those who observed that ride.

Her memorial service will be held at the Church of Jesus Christ of Latter-Day Saints chapel at 6100 Alta at the corner of Alta & Jones in Las Vegas, Nevada at 11:00 am on Saturday, September 24, 2022. with the family gathering at 10:00 am for those wishing to convey condolences. Loved by many and known by many more she will be missed but not forgotten.